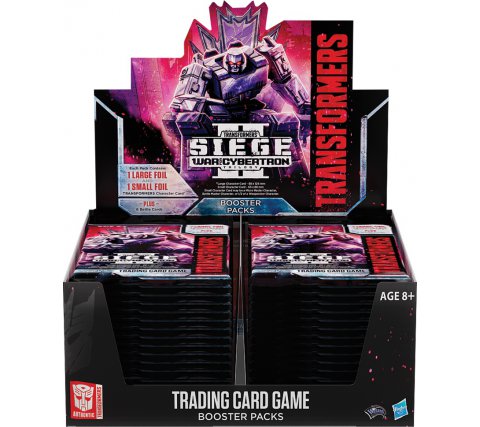 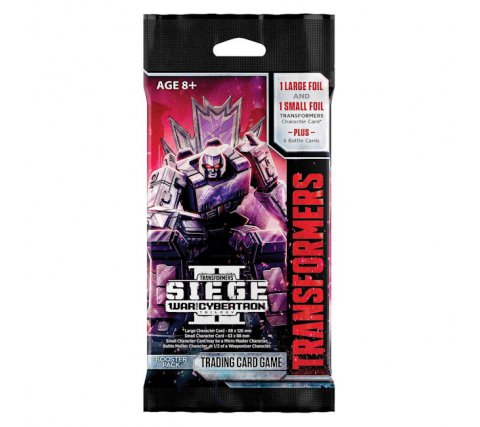 In War for Cybertron - Siege II, the battle between the Autobots and Deceptions continues to a thrilling peak. Both parties are desperate and go to great lengths to secure themselves. The deceptions have one last trump card in their hands and awaken the mighty titanium TRYPTICON, their most repulsive and dangerous weapon!

In every sealed Booster Display you will find a special Trypticon Pack in addition to the regular boosters. This pack contains one titan-sized chacacter card from Trypticon and three large character cards as his subjects; Brunt, Full-Tilt and Wipe-Out!

A booster display Transformers consists of 30 boosters and one Trypticon Pack. 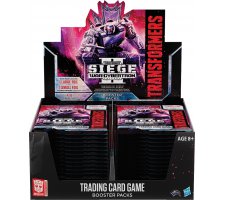 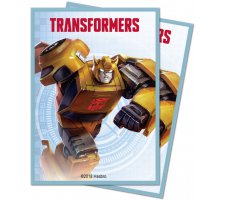 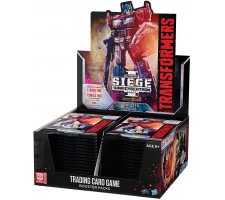