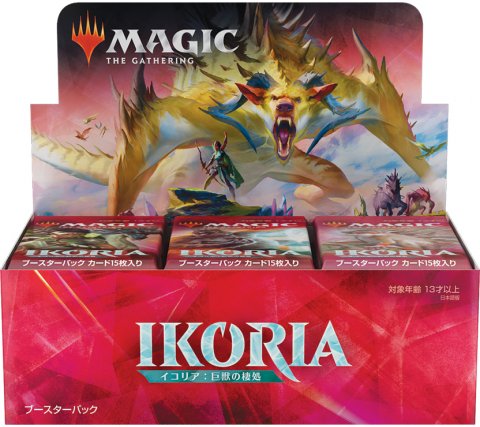 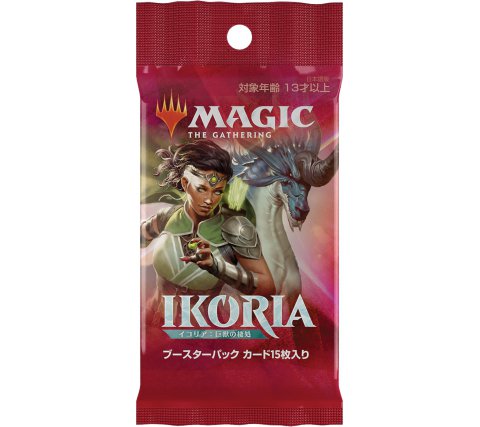 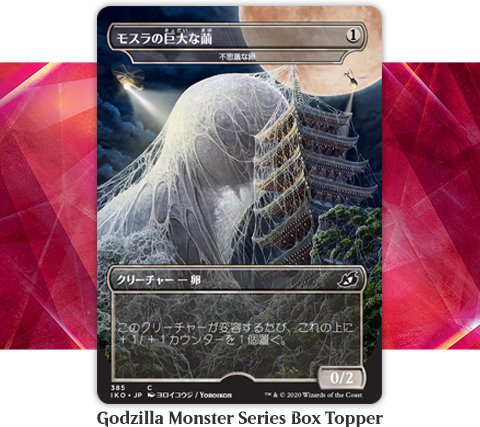 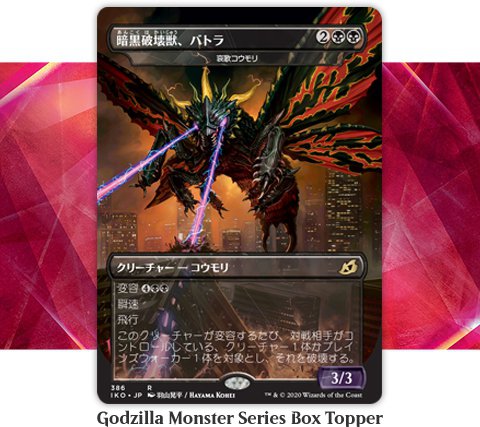 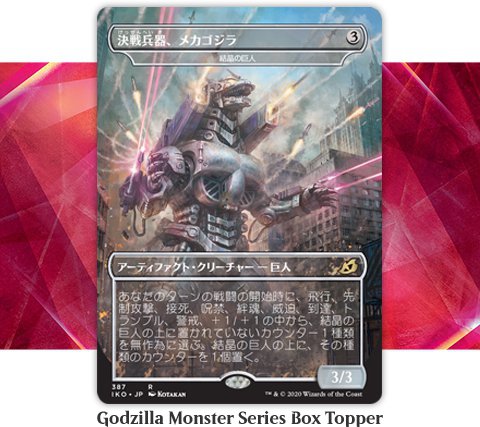 Join Vivien on an adventure in the monstrous world of Ikoria! Creatures of all shapes and sizes roam the plain, but of course only one can be strongest. Are you building the toughest monster?

Unlike in English draft boosters, in 1 in 12 Japanese draft boosters of Ikoria: Lair of Behemoths you will find a Godzilla Monster Series Box Topper and one in three of these cards are foil! In addition, there are three exclusive box toppers for Japanese boosters that are not found in English boosters.

A Booster Box Ikoria: Lair of Behemoths contains 36 boosters. Each Ikoria: Lair of Behemoths booster contains 16 Magic: the Gathering cards, one of which is rare, three uncommons, ten commons, a basic land and a token. In approximately one in eight boosters you will not find a rare, but a mythic rare! In addition, you have a chance to find a card with the special showcase frame or a borderless planeswalker in a booster! 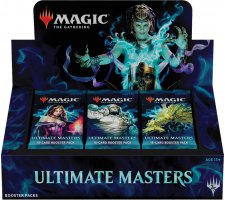