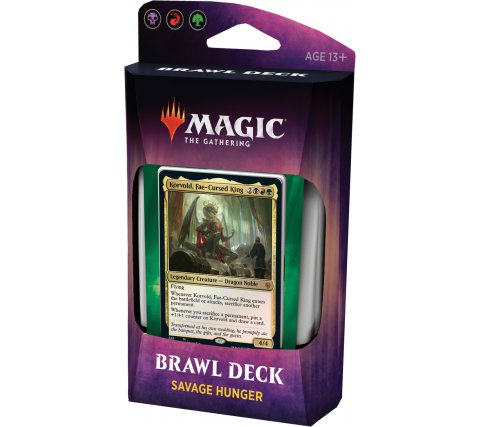 Travel to a world full of magic and fairy tales with Throne of Eldraine. With noble knights and heroic legends, Eldraine is the place for adventure. Do you find your happy-ever-after in this fairyland? The possibilities are endless - just watch out for the big bad wolf...

For the first time Magic: the Gathering comes with a set of four brand new decks for playing brawl!

Brawl is a new Magic: the Gathering game type where every player plays with a deck of 59 cards, led by a legendary creature or planeswalker: the commander. Brawl is similar to the popular commander format and in terms of deck building you have the same rules with a few exceptions. Apart from the five basic lands, a brawl deck may not contain double cards and in the choice of cards for the deck you are also limited to the colors of your Commander. Unlike with commander, you can also choose a planeswalker as a commander. In addition, all cards in a brawl deck must be standard legal.

To support this multiplayer format, four new brawl decks are released. A brawl deck is ready-made and contains 60 cards, including seven brand new, never-before-released cards. The new cards are tournament legal in every game type. Each deck also contains a foil commander.

A brawl deck from Throne of Eldraine contains:

Note: the description is machine translated and might contain errors.
€ 39,95 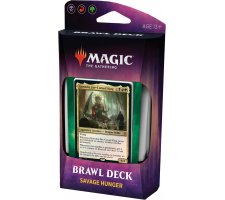 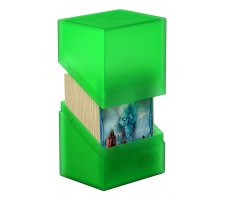 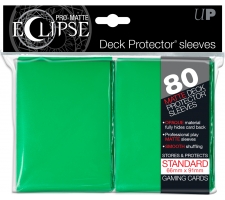 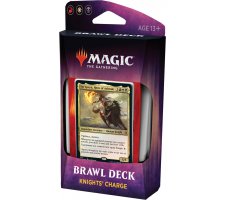 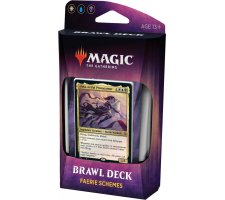 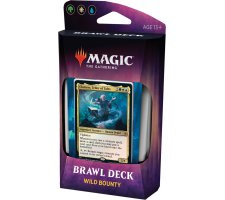