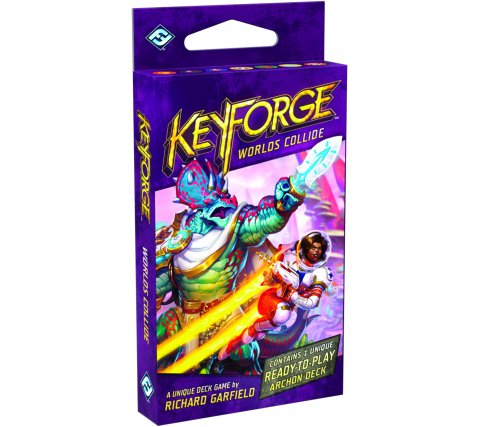 A single-in-its-kind, ready-to-play, preconstructed deck that will continue to surprise you every time you open a new deck. Discover the treasures, allies and upgrades to find new ways to be the first to open the vault and win!

Each deck has its own unique composition; every game will play very differently. Your deck also has a unique QR scan code with which you can follow your deck in the KeyForge app and website. Here you can follow both your decks and those of other players, where you find your place in relation to the rest.

You can also easily find tournaments and follow the organized game of the game to bring you closer to your fellow players, as diverse as the Crucible itself!

A deck contains:
- A unique Archon card, with a unique name, design, card list and QR code.
- Three sets of twelve cards ; one set per house 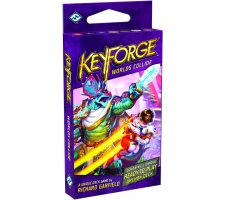 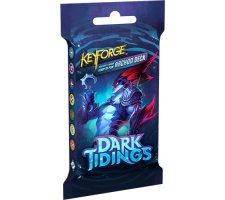 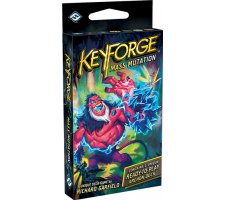 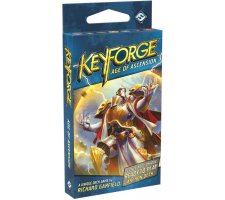 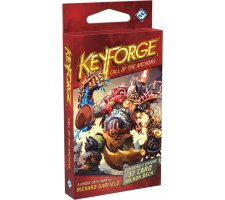