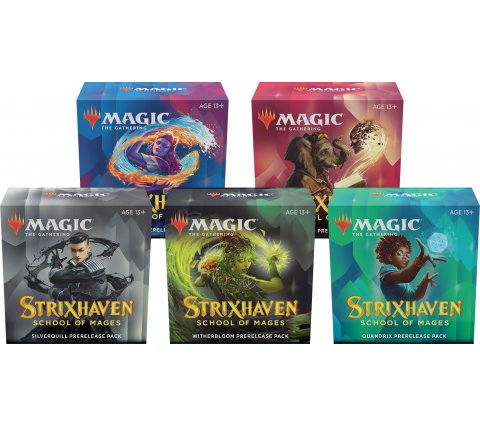 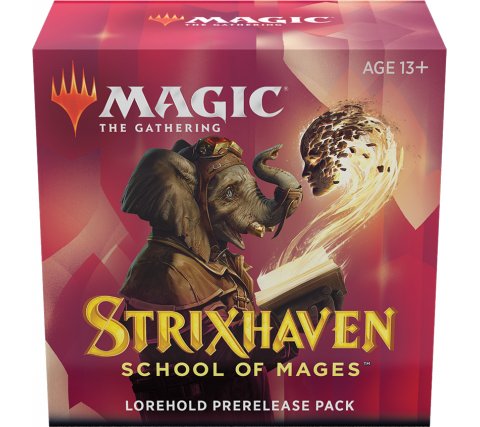 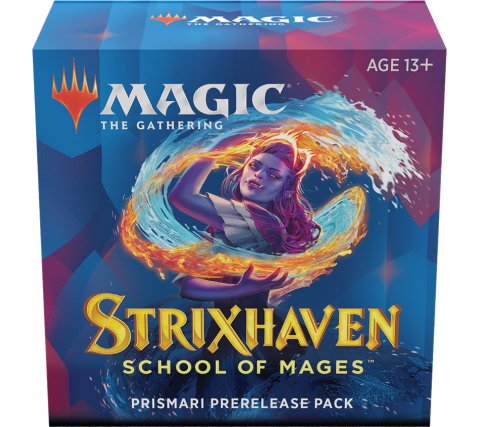 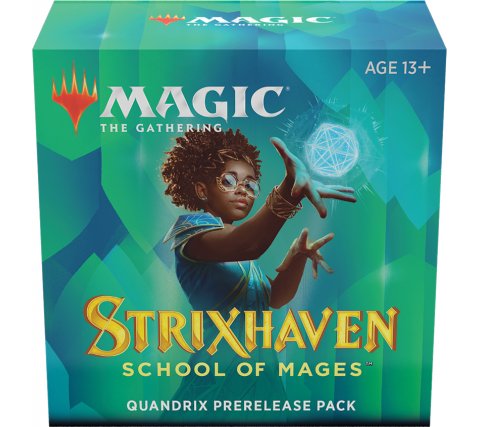 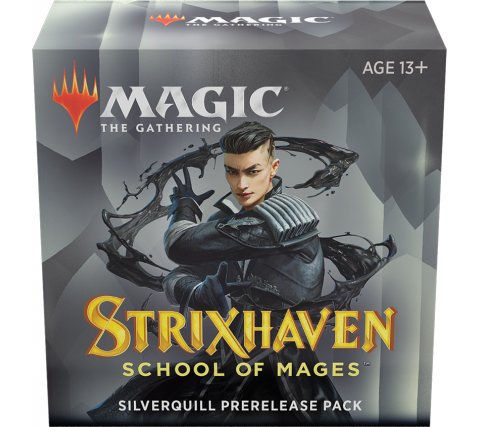 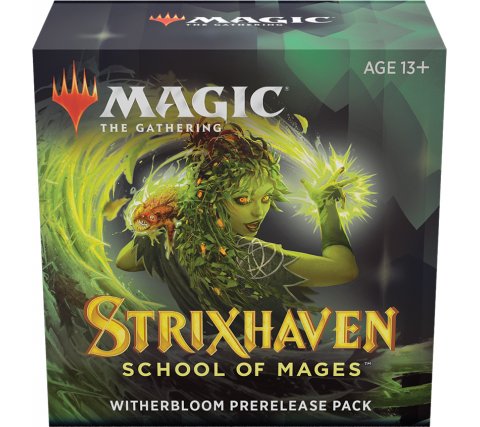 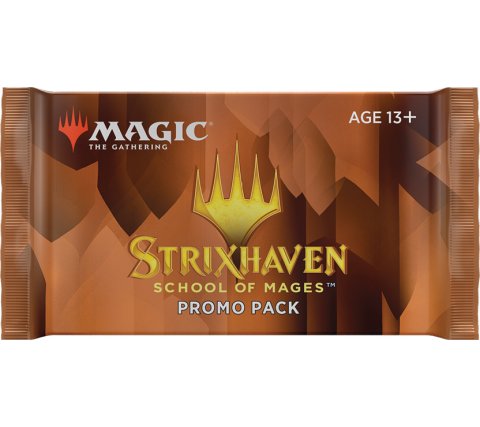 Set of five prerelease packs from Strixhaven: School of Mages.

Welcome to Strixhaven, the most prestigious school of magic in the entire Multiverse! With the five different faculties, there is the perfect match for every student: from Lorehold's history lessons, the expressive magic of Prismari and Quandrix's mathematics knowledge, to the poetic literature of Silverquill and Witherbloom's mastery of nature. Step into Strixhaven's gigantic library and learn the greatest magical secrets and the most powerful spells! Will you lecture your opponents?

A prerelease pack from Strixhaven: School of Mages includes: