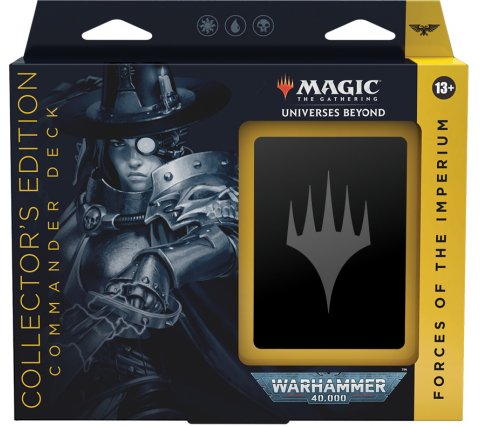 This is the Collector's Edition of the Universes Beyond: Warhammer 40,000 commander decks! Forces of the Imperium is the white, blue and black commander deck. 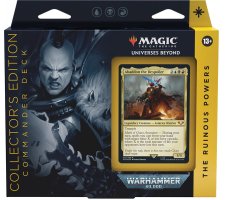 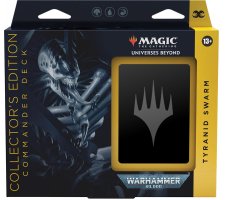 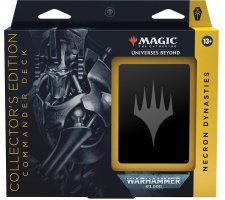 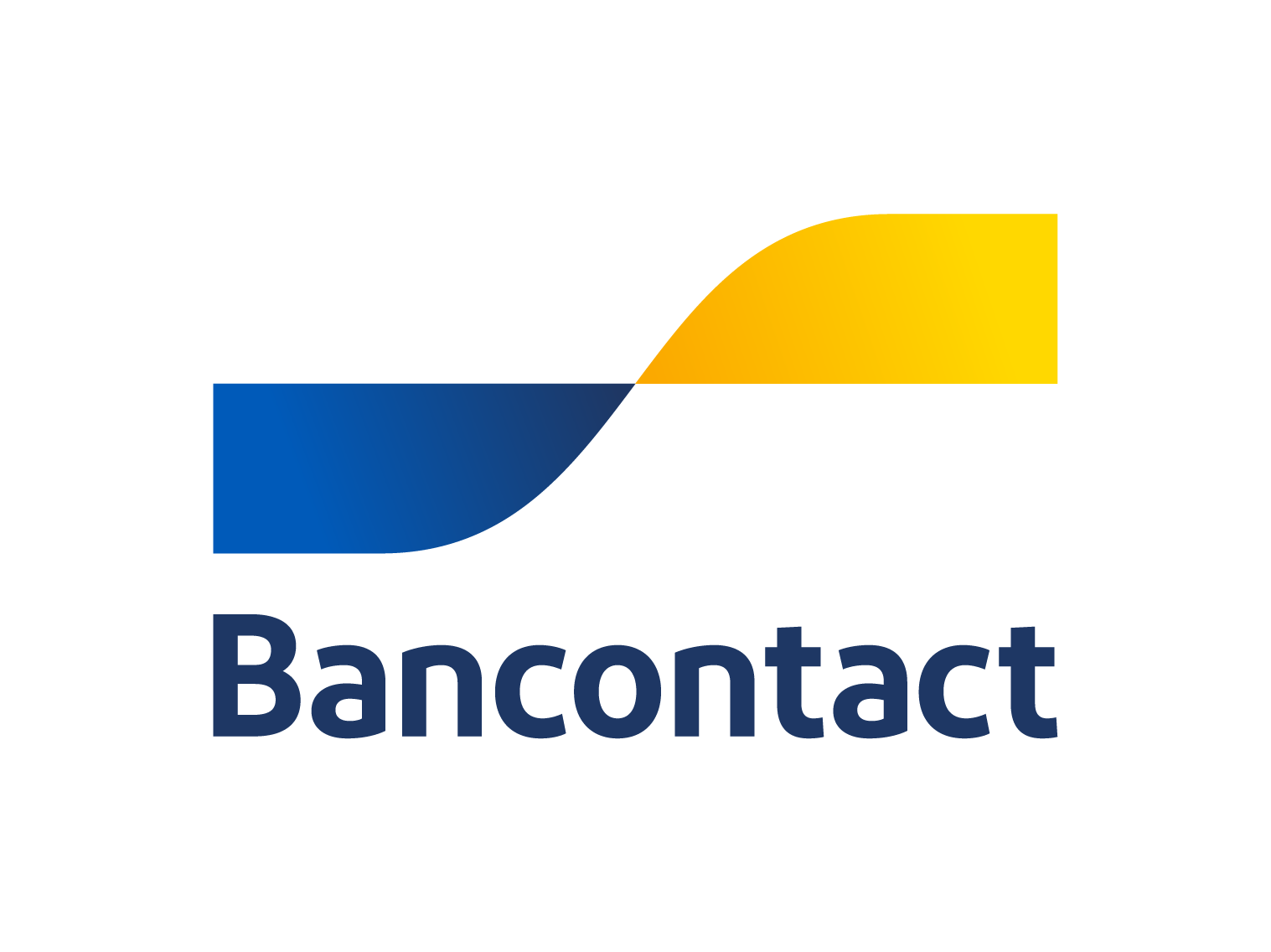