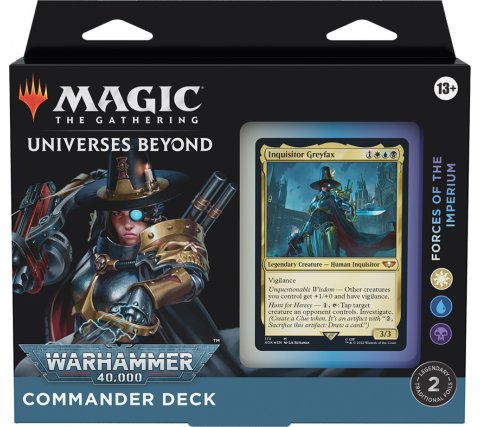 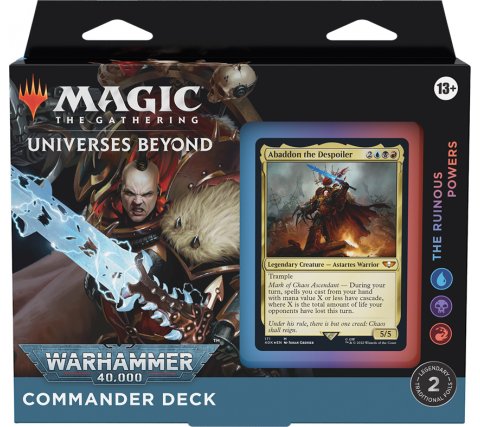 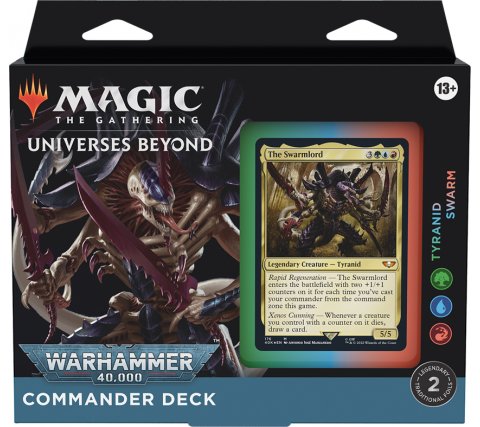 This is the complete set of the four Universes Beyond: Warhammer 40,000 commander decks!

Each Universes Beyond: Warhammer 40,000 deck includes: