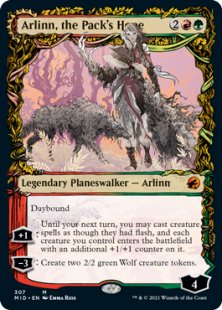 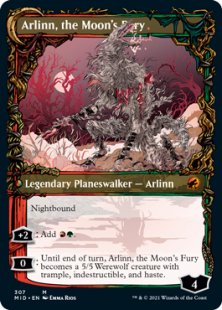 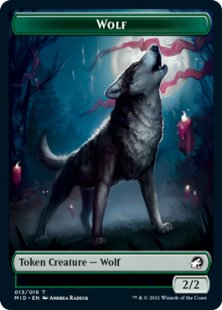 Daybound (If a player casts no spells during their own turn, it becomes night next turn.)
+1: Until your next turn, you may cast creature spells as though they had flash, and each creature you control enters the battlefield with an additional +1/+1 counter on it.
-3: Create two 2/2 green Wolf creature tokens.
----
Nightbound (If a player casts at least two spells during their own turn, it becomes day next turn.)
+2: Add .
0: Until end of turn, Arlinn, the Moon's Fury becomes a 5/5 Werewolf creature with trample, indestructible, and haste. 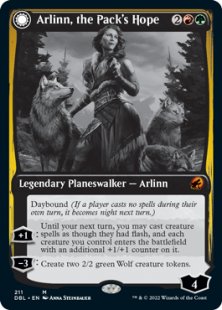 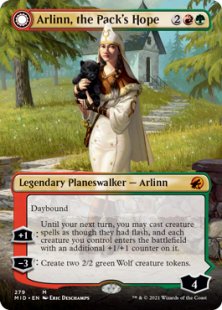 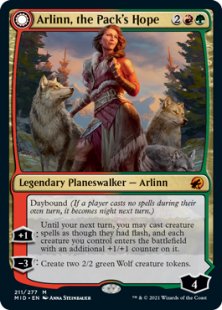