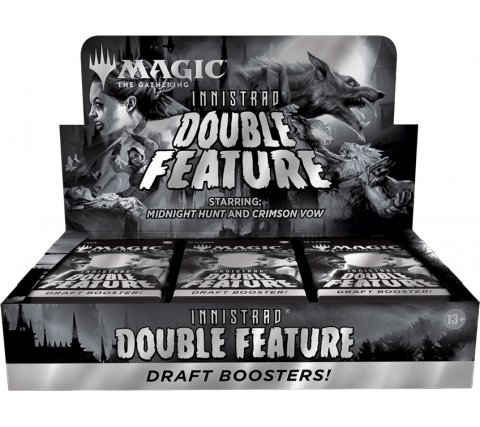 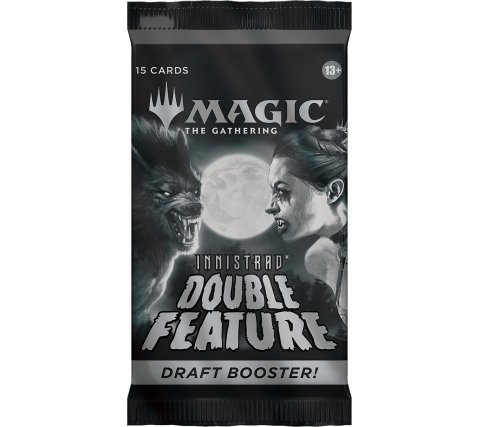 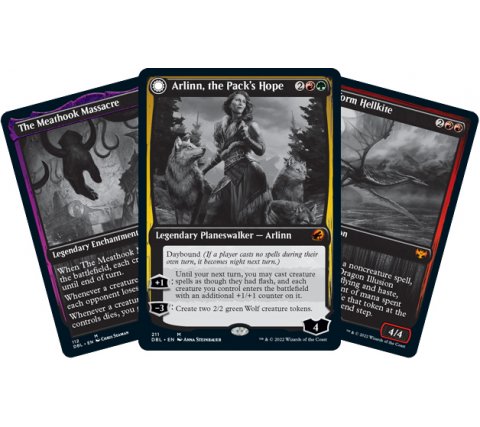 After the howl of the ferocious werewolves in Innistrad: Midnight Hunt and the heart-pounding vampire wedding in Innistrad: Crimson Vow, the time has come for the final chapter in the Innistrad epic: the Double Feature! A grand closing spectacle in which both Innistrad sets are merged into one large set with a unique draft experience. In the style of the classic horror films on which these stories are based, each card a beautiful black and white treatment, which makes the grim art of Innistrad even better. Are you ready for the grand final?

A draft booster from Innistrad: Double Feature always contains at least two rares or mythic rares and two Double-Faced cards. The Silverscreen foil is a card with a special foil layer that cards and can have any rarity.